Connecting Words and How To Punctuate Them 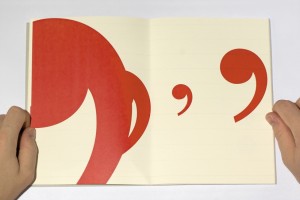 The following document from Roane State Community College has been a very helpful one that I often refer to in my writing.
It’s a good refresher on the basics of the wonderful yet oft neglected  punctuation mark, the comma…

Connecting Words and How to Punctuate Them

Oftentimes students write in short sentences without connecting the sentences together. This creates a disjointed and choppy effect, and frequently gets in the way of showing connections between ideas, as well as sentences. Occasionally students who write this way also fall into the habit of creating inadvertent sentence fragments.

By reviewing the lists of words below, keeping the lists handy, and following the guidelines for punctuation, students can improve their writing dramatically.

The first type of connecting words are conjunctive adverbs (to “conjunct” simply means to “join”). Conjunctive adverbs often fall in mid-sentence. If you join two “independent clauses” (i.e., sentences) using one of these words, use a semicolon before it and a comma after it. (You end a sentence with a period, right? So if you join two sentences together with a comma, you’re splicing them together. That’s called a comma splice and is a serious error. Two sentences held together with duct tape (i. e., the comma), simply won’t hold).

Correct example: After eating dinner in front of the television all week, I decided to change locations. (The word “after” is a subordinating conjunction. Here it begins a sentence, leading to an introductory phrase. Notice that the comma falls right before the subject and verb.)

Compare: I decided to change locations after eating dinner in front of the television all week.
(Notice that there is no comma before the “after” in the second example. Because it falls in mid-sentence, there is no introductory phrase which would require a comma.)

after
although
as
as [far/soon] as
as if
as though
because
before
even if even though
how
if
inasmuch as
in case [that] in order that
insofar as
in that
lest no matter how
now that
once
provided [that] since
so that
supposing [that] than
that though
till
unless
until
when, whenever
where, wherever
whether
while
why

and
so yet
but or
for
nor

***If your high school English teacher told you that coordinating conjunctions always had commas before them, he/she was wrong. Get over it! And if the same teacher told you that you couldn’t start a sentence with “and” or “but,” then he/she was also wrong. Look it up in your handbook. “And” and “but” are very effective transitions when used properly and not overused.

Finally, there are transitional phrases, which usually begin a sentence and are followed by a comma:

Use transitional phrases between paragraphs to create a logical flow in your writing. Use them within paragraphs, too. Avoid overusing a particular phrase.
Learning how to use these words will help you communicate clearly and with emphasis. But take care to punctuate them correctly because incorrect punctuation will frequently confuse your reader or even change the meaning of a sentence. And avoid archaic transitional phrases, such as “hitherto,” “whereof,” “whereby,” and “whereas.”