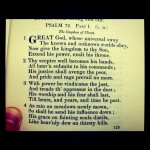 Old is trendy
I’ve been so excited about the rising trend of what I call hip hymnody. Hip hymnody is the rearranging of older traditional hymns to fit the musical sounds of today, in order to make worship a more relevant experience to the 21st century, post-modern hipster.

Most of the time it ends up being the average praise band trying to sound like U2 doing Isaac Watts. Or if you’re in the more reformed, missional world it could be an indie, folksy combo of Mumford and Sons, Wilco and The Arcade Fire.

Whatever your musical preferences and opinions may be, I find this to be an encouraging trend. It reveals a few things.

A hunger for truth and right doctrine

The praise and worship of the 1600’s was packed with theology. In many cases hymns were written to be a means of educating people; to help them internalize precious truths of the Christian faith. Music was (and still is) a great tool for memorization and constant reminding.

A hunger for a more profound expression

Hymn writers seemed to take penmanship very seriously. They went to great pains to create well crafted lyrics that said age old truths. Good lyric writing takes intelligent, careful thought to every word. And when it comes to songs being sung in corporate worship it’s not like you can just sing about anything. The subject matter is pretty clear: God. Jesus. Gospel. Mission. Kingdom.

This makes it all the more important to choose songs that were written with deliberate word choices and fashioned from a state of art and poetry. The message never changes, so it is crucial that we communicate the gospel with freshness. This is why so many great hymns were written. God was moving on hearts, and these hearts were “overflowing with a good theme”… and their “tongues were like the pens of ready scribes…” (Psalm 45)

The danger in all this would be if people weren’t writing new and modern hymns. Thank God for people like Keith and Kristyn Getty, Stuart Townend, Aaron Keyes, Sovereign Grace Music, and many others who are writing new and fresh hymns. If we were only doing old songs we would be missing the heart of those original writers. Even if they are revamped they are still old songs. In fact there are A LOT of bad hymns. Just because it’s a hymn doesn’t mean it’s going to be theologically accurate or even accessible. Lyrically speaking, much of the old prose is now unuseful, almost requiring a lecture to explain it. 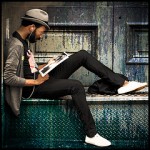 The trend is good!

Although there could be the subtle danger of being unoriginal, the hip hymnody movement is a very good thing. There are still many great old hymns being rediscovered and many new ones being written. For this I’m thankful.

Below are my suggestions of artists who I think have excelled in both remaking old hymns and writing new ones. Check them out: