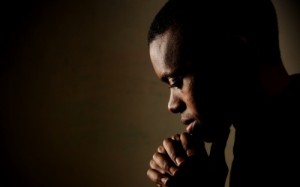 In these posts I’ve been looking at the Lord’s prayer, seeking to get to the heart of what Jesus was saying to his disciples about how to talk and fellowship with God.

For me the Lord’s Prayer in the past has been so automatic; so perfunctory. Like many who simply approach the Lord’s Prayer as something you merely recite in a liturgy, I have a very long way to go in understanding it.

Especially this idea of God’s Kingdom coming and His will being carried out.

Living in a godless democracy, where people (demos) are at the center of our worship, this concept of a kingdom is archaic and out of touch. Kingdoms are associated with Kings. And when you look around, Kings aren’t talked about much.

Even more specifically in America, a country built on independence from a sovereign ruler, we resist the idea of a throne with a man being Lord over all things, with subjects who bow to him using words like majesty and highness to address him.

Yet Jesus spoke about it.

You might say, “Well he was more symbolically talking about the rule of God in our lives…” Of course God’s rule in our lives is the issue, but Jesus is not being symbolic. He’s referring to the commonly held hope of Israel at the time, where the Son of David would have a kingdom restored to him and a throne in Israel.

This was the expectation of the day. And I believe Jesus was touching on it.

And he teaches them to pray that it would come, which is to say that it wasn’t there yet, and they were to ask for it.

Here’s another great quote from Sproul’s book on prayer:

Jesus is not merely the spiritual king of the church, where His only responsibility is to exercise authority over our piety, as if there were a separation of church and state. Jesus is King of the universe. That is the fact of the ascension. This reality, however, is not believed or acknowledge by the world…. Jesus was saying that we must pray that the kingdom of God will become visible on the earth, the the invisible will be made visible….Christians are to pray for the manifestation of the reign of Christ and the emergence of His kingdom.

Your Will Be Done…

I used to get the “will of God” all mixed up. It was so helpful to learn in systematic theology about the “two kinds of will” that God has.

There’s God’s decreed will and then there’s God’s revealed will. The former is not what Jesus is saying we should pray for. Because his decreed will is most certainly going to happen. We don’t need to pray that God’s sovereign will of decree would be done. When God says let there be light, it happens.

Jesus is saying that we should pray that God’s will, as revealed in scripture (the commands of God and the ways he wants us to live), would be done on earth. Again Sproul rightly says:

This phrase is not asking that God’s determinate counsel come to pass or that God usher in those things that He has foreordained from eternity. Rather, we are praying for obedience to the revealed preceptive will of God – what He has made plain to us by way of His commandments.

This is about God’s people coming into alignment with God’s call to holiness in our lives. It fits beautifuly with the coming kingdom of God as King, whose people do his commands willingly.

We’re to ask God for these things, because it is the reason we were created. We exist to live in a world that gives honor and glory to the Great King, whose commandments are good for us and whose heart is to richly bless us beyond our imagination.

May our prayers be marked with a desire to see these things become realities in our lives. Not just empty religious phrases.