The Worst and Best Time For Music 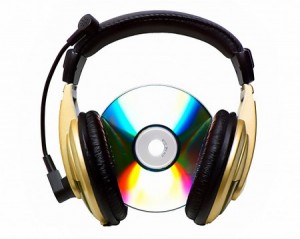 It truly feels like the worst and yet best time for music. I remember just 15 years ago how hard it was to make a decent demo.
I also remember how great it was to get that latest release of a band that you loved — on CD.

In most great college towns you can still find a good record store selling the classics on both CD and vinyl.

But even still, so much has changed.

The Worst Time For Music

It’s dizzying. The market is flooded. On one hand it’s great that so many people are making music, but on the other hand it’s not easy to get people’s attention. There is so much noise out there.

And people aren’t buying music the way they used to. Sales percentages are falling every year, even while there is more music than ever.

And it’s all types of music. You have the Rebecca Black YouTubers and every garage band in the world with an internet connection. Reverbnation currenlty has nearly 1.5 million artists in their database.

That’s a lot of music being made and if you’re an artist this means you’re a dime-a-dozen.

But it’s also the best time for music.

The best time for music.

There is absolutely no excuse for not getting something started as an artist these days. The main reason there is so much music is because it’s easier than ever to create something and get the word out.

It used to be that you had to drop loads of cash just to get one song recorded, let alone the fact that you had to submit it to the “gatekeepers” for approval. If they said “no good”, it stopped your career and you had to start over while pandering to their subjective opinions of your music.

With some training and a little start-up money, you could soon be making music that truly competes with anything out there (from a production quality standpoint).

Professional recording software like Pro Tools, Logic, and Reason are inexpensive and relatively easy to learn. And with the advent of GarageBand and the lap-top computer, you can now make great sounding recordings for next to nothing.

If you’re an audiophile like me don’t tune me out just yet. I don’t mean it’s cheap to get an LA-2A , an SSL console and a Mac with Apogee converters. Things do begin to eventually add up.

But most people would be surprised what some producers and engineers actually do. (More on this in future posts)

And here’s the great news.

Today, because of the Internet, the gatekeepers of the record business are gone. The rules have changed and the gates are ready to walk through. Promoting yourself through social technology like Twitter and Facebook make it easy to connect directly with fans, and many other useful DIY companies abound. (Tunecore, CD Baby, and Rootmusic just to name a few)

Enough of the back and forth

When it comes down to it, I’m just acknowledging a whiney artist’s sentiment. Every artist is tempted to fall into a tortured self-pity as more and more people create music. It’s easy to point the finger and say “This is the worst time for music ever…”

In turn, as we sit around, there is only more and more music to compare your own music to. The downward-spiral is hopeless if you go there.

In reality I believe it’s the best time ever for music and the things that seem bad can only motivate us to create better art.

If you believe in a free market economy, the best music will come out ahead and have the longevity it deserves. If the old guard in the big-money-music-business is no longer deciding what’s marketable and what’s not, then there’s a lot of hope for talented people of all different types.

But it’s not enough to be talented.

These days you must work hard… and walk through the gate.